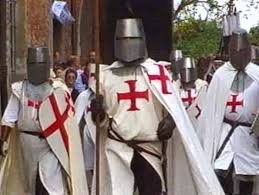 As promised in my blog ‘The Manifesto of Mary Magdalene’ I am following up with blogs on the mystery of the Knights Templar, Egyptian mysteries and my Mary Magdalene series. In my last blog in the series http://www.joannakujawa.com/mary-magdalene-the-heretics-kings-and-lovers/ I discussed the connection between Mary Magdalene, the Troubadours and the Cathars – all of which took place in Southern France and is the focal point for the centuries-old worship of Mary Magdalene. That particular blog ended with the killing of the ‘heretical’ Cathars in Southern France in the thirteenth century. Historically, the end of the Cathars came after the siege of Montsegur in 1243, where over 210 ‘heretics’ were burned at the stake.

However – and this is definitely worth mentioning – a few of them managed to escape with their ‘treasure’.  Now, since the Cathars were deeply spiritual people and followers of Gnostic teachers of beliefs related to Manicheism (a very ascetic Gnostic sect) it is unlikely that the Cathars treasure was of material value. Also, not only did they die to protect their treasure but upon sharing it with some of the soldiers who were occupying Montsegur they managed to convert them as well – despite the soldiers knowing with certainty that they, too, would be burned at the stake after the fortress fell. All these, I believe, indicate that the Cathar treasure was of deep spiritual significance, perhaps even of cosmic proportions, since so many were willing to die for it.

Many alternative researchers, free of the confines of what is considered appropriate and what should not be discussed in academia, agree. Let’s explore their research.

First of all, since the ‘treasure’ and its secret were removed from the Montsegur fortress before its capture, they probably survived. But who and what could retrieve it or have knowledge of it? And one possibility definitely worth exploring concerns the Order of the Knights Templar, who also had access to some mysterious ‘treasure’ that they swore to protect with their lives and for the protection of which they did pay with their lives as they, too, were burned at the stake some years later, in 1307.

Who were the Knights Templar officially – and not so officially?

According to what we are taught in the history books, the Templars were a group of Crusaders who protected pilgrims travelling to the Holy Land. However, as Freddy Silva in his book The First Templar Nation (with over 70 references to back up his research, which spans over a decade) argues that this is only a smokescreen. He traces the development of the Order to Champagne where 11 (yes 11) Knights, who were already wealthy and had no reason to look for wealth, departed for the Holy Land in search of something. From the moment they arrived in Jerusalem in 1104, instead of occupying themselves with warfare, as other knights promptly did, they began searching for a ‘treasure’ on Temple Mount.

As Silva says, since the Knights were already wealthy, ‘money or accumulation of personal wealth was not a prime motivation’ for them. He contends that they found a secret ‘chamber under Temple Mount’ where they found secret scrolls meant for guiding the advanced initiates of an early Gnostic sect – The Essenes. Silva believes that the scrolls contained ‘spiritual laws’ and possibly the Ark of Covenant. (Just as a reminder, the Temple of Solomon was built for ‘the singular purpose of housing the Ark’ before it was destroyed by the Babylonians in 586 BCE.)

We may never know for certain what the Knights Templar found on Temple Mount but we know beyond any doubt that they found something, since after a decade or so, they left ‘abruptly’ and went back to Europe to consult with Lambert de Saint-Omer, their friend and scholar, and asked him to decipher some secret documents! After de Saint-Omer’s death, the deciphering work was passed over to the famous kabbalist Rabbi Solomon Ben Isaac (also a friend of the Templars).

Silva, who is a researcher of esoteric mysteries and the ‘art of resurrection’ in ancient temples around the world, argues in his book that the scroll the Templars brought back to Europe to decipher was ‘The book of Formation’ which ‘contained a formula of manifestation … a kind of Holy Grail’.

The story is long and complex, but suffice to say it is difficult to contend Silva, as historically we know that within only a few years the Templars had built an organisation worth over 1 trillion dollars, created a kind of independent corporation-state in Europe, and had introduced the art of building gothic cathedrals all over Europe which, incidentally, were usually dedicated to Our Lady and followed the principles of sacred geometry.

Why dedicated to ‘Our Lady’ or ‘Notre Dame’?

If you have been brought up as a Catholic like myself, it is easy to assume that they meant the Virgin Mary, right? But Silva is a careful researcher and notes that curiously, many important events in the Templars’ adventures and many of the churches they built were commemorated on the Feast of Mary Magdalene on the 22nd of July. Curious, isn’t it? 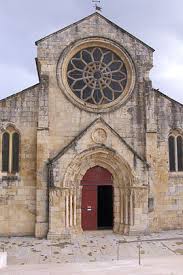 Not only that, many of these churches (and cathedrals) were built on the ancient sites of goddesses especially Isis. In his book, Silva goes through a thorough investigation of one such church founded by them in Tomar, Portugal called the Church of Santa Maria do Olival. He points out the linguistic similarity of Tomar to Tamar, which in some traditions was the name of the daughter of Mary Magdalene and Jesus (sometimes she is called Sarah).

Incidentally, this was also the name of King Solomon’s daughter (Tamar or Thamar). In Mystery Schools’ traditions tamar also means a ‘palm tree’ and symbolizes the ritual of resurrection.  Silva believes that it is in the secret part of the Church of Santa Maria do Olival in Tomar that the Templars conducted their highest initiation rituals, not that different from those of the ancient Egyptian Mystery Schools’ associated with the goddess Isis (known also as Resurrectrix of her husband god Osiris).

I do not want to confuse anyone here with these complexities but according to Margaret Starbird, Mary Magdalene’s name comes from Magdal-eder  which means ‘daughter of Jerusalem’, ‘tower of the flock’ or ‘elevated, great, magnificent’. Starbird, like Silva, makes the connection between Mary Magdalene and the House of Solomon and the Egyptian Mystery Schools.

So here we go with the goddess connection to the Templars:

We know from mainstream history that the Order was persecuted and the leaders were burned at the stake (sounds familiar?) on Friday the 13th of October 1307. Mainstream sources will also tell us that Philip the Fair, the French king, who was known for being handsome but greedy, and who had previously expelled Jews from France to organise some money, decided to prosecute the Templars for the same reason (to make extra money). The arrests were made, the Knights were tortured and their leaders eventually burned at the stake. There were great expectations of finding loads of money and the immense treasure of the Templars. But the king did not get what he so eagerly hoped for – no great treasure was found.

The tortured Templars either said nothing or made up stories to confuse the king. One ‘confessed’ that the mysterious ‘treasure’ was hidden in Gisors in Normandy, but nothing was found their either. Meanwhile over 500 kms away, 18 ships left the Port of La Rochelle with those Templars on board who had managed to escape. Silva’s research points towards Portugal and Northern Scotland as escape routes.  Curiously, Silva mentions that Portugal – which was soon founded by the Templars and their associates – could come from the expression Por Tu, O Gral or ‘Through you, Oh Grail’ which is a sign over the image of the Ark of Covenant at Chartres Cathedral (also, as sponsored by the Templars).

How is this different from other Holy Grail stories?

First of all, both Margaret Starbird in The Woman with the Alabaster Jar and Baigent, Leight, Lincoln in their bestseller The Holy Blood and the Holy Grail argue pretty much that the Holy Grail was the womb of Mary Magdalene. Their contention, albeit arrived at from varying sources, was that Mary Magdalene was a wife or a consort of Jesus and that their daughter Sara or Tamar (depending on tradition) was the source of the line of the French Merovingian dynasty. (I am simplifying here to give you the gist of the story.)

Historically, the Merovingians did exist in the early Middle Ages as French kings.

Were they the descendants of Mary’s daughter?

Who knows?  Nearly every dynasty claims a ‘divine origin’, so I am skeptical here. Also, I am not a royalist and do not care for royal claims.

Is this possible, though?

Well, yes, because the story continues in Southern France where both the legends and the worship of Mary Magdalene has survived and thrives to this day.

Do I believe in it?

Since I care nothing for royalty and any special divine DNA of kings and queens this theory doesn’t appeal to me … BUT let me approach it through the lens of a spiritual seeker.

In my opinion, it is not the DNA that matters but the possibility that a line of queens, kings, knights, scholars, alchemists, seekers did carry through the centuries and even millennia the secret knowledge not only of resurrection, as Silva, calls it, but of the mystery of the Universe and our ultimate place in It. This interests me. This lineage interests me. And that is why I like Silva’s book – because it explores this possibility.

And this lineage connects the mysteries of Egypt, Gnosticism and the Alchemists – but, that, of course, is for another blog.

I would really love to hear from you on this one.

On a more personal note, I would like you to be aware that I have begun a new service ‘Private on-line session with Dr Joanna Kujawa’. If you a re curious, please check http://www.joannakujawa.com/private-consultation-with-dr-joanna-kujawa/