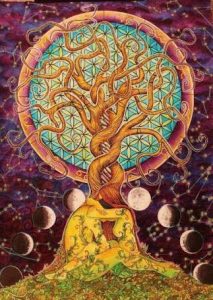 Last week I had the great pleasure of being interviewed by a Sanskrit scholar and translator of Tantric works, which include the most scandalous parts of the Tantroloka (The light on Tantras). The scholar’s next book will be on Tantric and Christian interpretations of chakras. On the patio of a cafe in the Docklands (to the delight of businessmen on their lunch-breaks), we spoke about sexual Tantric experiences and their spiritual premises.

I do not claim to be a Tantric specialist. I am just a scholar by trade, and a writer and seeker by passion, and have studied the Tantra with those who certainly can call themselves ‘specialists’ — at least in the scholarly world.

At the same time, I must admit that it is not an easy thing to define a ‘specialist’ in Tantra because it is not easy to define Tantra itself. For those interested in a general and very simplified outline of Tantra, I refer to my earlier blog of last year, ‘Two Secret Traditions …’ http://www.joannakujawa.com/two-secret-traditions-gnosis-and-tantra/

To briefly summarise, one of the most important premises of Tantric philosophy is that there is nothing that is not sacred. This is a very radical premise in itself, as most, if not all, 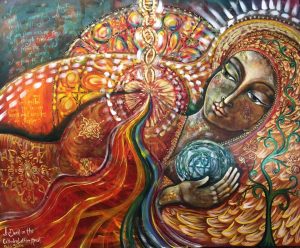 organised religions not only focus on the distinction between what is pure and what is impure (or sinful), and treat them as pair of opposites, but also make a living of making us feel like sinners!

Tantra is different. Tantra says that everything, the entire Universe/Creation is sacred, is holy, that everything we do is sacred, even, or perhaps especially, those things we have been conditioned to believe to be ‘impure’ or ‘sinful’, such as sexuality and sexual acts.

BUT this is with one very important provision — that we do them with a particular mindset or an intention on expanding our consciousness, which is nothing but experiencing oneness with the Divine Consciousness. Thus even in the sexual act, the focus is on the inner experience of the unfolding of the Shakti (as the kundalini energy moves through the subtle centres of our bodies).

Tantra is also called a ‘dangerous’ path because it was never intended to be followed by everyone. It was intended for the ‘most advanced disciples’— those who have a deeper understanding and, ideally, a previous experience of the connection with the divine element of the Universe or the Divine Consciousness, most likely through meditation.

Tantra is based around an awareness of the potential consequences of the claim that morality is just a social convention. Now that is radical! Morality, Tantra says, has nothing to do with divinity or purity, but rather keeps societal forces in check. It also gives people, who have no time or inclination to ponder the Divine Consciousness and the working of the Universe, some guidelines on what is ‘decent’ behaviour.

Thus, people should behave decently and morally because this is simply how society works, and not because it is ‘holy’.

Now, how is Tantra connected to the worship of the Goddess?

The most radical expression of Tantra is known as the Kula Ritual. The Kula Ritual is described in the 29th chapter of the Tantraloka by a 10th century Indian philosopher and Yogi called Abhinavagupta.

The sexual act can happen only after certain rituals and mantras have been observed to help the participants remember the point of the ritual, which is aimed at nothing less than union with the divine through sexual practices.

The rituals include the worship of the women (yoginis) as Goddesses so as to awaken their Inner Goddess, called Shakti. Shakti is the power that makes the Universe go around. Her male counterpart, Shiva, is the Divine Consciousness, while she is the active power in the Universe.

The difference between, let’s say, an orgasm and the Tantric sexual act is that in the 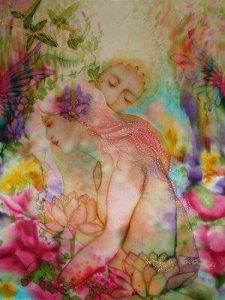 Tantric act we experience far more than sexual pleasure. The sexual pleasure is only a trigger for a much greater inner experience, while the woman’s body is a conduit for the energy of Shakti to enter the participants and explode their consciousness, momentarily taking them to an experience of the Divine Consciousness or Goddess.

Let me share my experience here. During my Tantric experience, I felt the kundalini energy (also a name for Shakti) moving through my body and exploding in my heart.

It stopped there for a moment before It decided to move upward.

It exploded again in my forehead and then made a conscious decision to make a turn (without my volition) to explode again at the top of my head.

This process rendered myself and my partner in a state of awe, and we both plunged into a Bliss quite different from any feeling after orgasm. Spontaneously, we entered a meditative state which lasted for about 30 minutes.

We both had a clear understanding that something bigger than ourselves had moved through my body and spilled over into my partner, almost as a side effect. This was a feeling of Grace (which is a Western name for Goddess or Sophia) and of complete union with Creation/the Universe, a feeling of oneness NOT with each other but with the Divine.

I also had a clear understanding that this power that moved through me was both divine and intelligent, and had made choices on which I had had no influence.

I have no formula for repeating this experience; I do not believe that such a formula exists.  Somehow, I became a conduit for Shakti, the same way the Tantrics experience Her. But I did fulfil some criteria for the ritual, if there are such things.

For example, I had just returned from a group studying Abhinavagupta’s chapter on the Kula Ritual and was an ardent student of Tantric philosophy. I was not emotionally attached to the man either (who was nothing more than a passing figure in my life and whom I briefly dated), and thus fulfilled the required detachment criterium. The rest was pure Grace.

This does not mean that certain practices passed on by qualified Tantric teachers would not have helped. On the contrary. But for me, and I believe Abhinavagupta and the originators of this rebellious, powerful tradition and, perhaps, the only world-view that makes sense to me, Tantra has always been about getting in touch with the inner power within us, called the Goddess, Shakti or Kundalini.

This power, Tantra says, is normally dormant, and for us to fulfil our true divine potential within our earthly bodies, it needs to be awakened, with sexual practices one way of doing 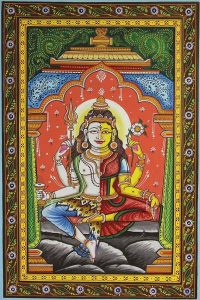 this. The other way can be Shaktipat awakening by a teacher of Tantric traditions.

According to a truly Tantric view, something that traditional religions consider ‘unholy’ (sexuality not for the purpose of procreation) is turned into a tool for experiencing the sacredness of all Creation, and more, for experiencing the Divine Creative Principle itself, which in Tantra is understood in feminine terms as the Goddess Shakti.

If you are interested, in my next piece for Goddess News I wold like to  speak more on the Kula Ritual as the worship of the Goddess and possible abuse of the ritual. As always, I would love to hear from you.

24 Responses to Tantra and the Worship of the Goddess