Sex and Relationships: Tantra, The Gospel of Philip and What Is Going On

Sex and relationships: Tantra, The Gospel of Philip and What is Going On?!

Many years ago, when I still lived in Toronto, Canada and I was just entering the life of relationships, someone told me a story of a friend he knew. The friend, a young man, was told by his father to get married but was not sure if it was the right thing to do. So he locked himself in a room, drank whiskey and smoked dope for three days before emerging and saying, ‘Okay, I will do this because it is the right thing to do.’

I was very young then and knew nothing about anything and even less about relationships and their purpose but the young man’s answer did not ring true. It felt to me then that he had somehow settled with what we were conditioned to do, with what his father (society) wanted him to do a little too quickly. Although I was not particularly interested in spirituality at the time, I was also not so sure about his decision-making methods and the validity of his final decision.

Which ‘right’ did he choose? Society’s? His own? Or was it simply that he could not come up with a better option?

Today, many years, relationships and countries later, I will give him a bit more credit. At least he gave it some thought – which is more than most of us do. Who can blame him for this quick method when what we are told about relationships oscillates between more-or-less self-contradictory lines of thinking about relationships:

There is nothing unusual about the unnamed and never-met man in question needing to lock himself away in a room. But if he had stayed in that room a bit longer, or even better, travelled a little, experimented and searched he might have found other possible options.

The young man did not do this but I decided to do it instead.

I decided to look into mystical and so-called apocryphal (meaning ‘secret’, ‘hidden’ or ‘heretical’) teachings that might shed some light on the meaning of relationships and sexuality. Personally, I do not know of any better sources to look at than Tantra and the Gnostic Gospel of Philip.

Depending on the sources you read, Tantra is either an ancient 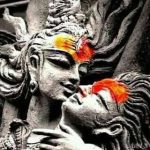 Indian tradition difficult to date or a secret tradition which became formulated scholarly around the 10th century by an Indian philosopher, Abhinavagupta. In Tantra, Shakti, which is often presented as the female aspect of the Divine in the form of one goddess or another, is the underlying life-force of All that there is in the Universe and beyond. I have described Her in my other blogs as what French philosopher Henri Bergson also called the Elan Vital, the sweet underlying source of all life, both spiritual and physical, where – and read my lips – the division between what is spiritual and what is physical does not exist. In Tantra, indeed, this kind of division (or dualism) is an artificial simplification of our limited ego-minds that will always be understood by a person in an expanded state of consciousness. (To read more, please check my blogs http://www.joannakujawa.com/tantra-and-the-worship-of-the-goddess/ or http://www.joannakujawa.com/two-secret-traditions-gnosis-and-tantra/.)

The problem  is, of course, that most of us, most of the time at least, do not know how to get to this expanded state of consciousness so, as a result, we are caught in the seeming division between what is physical (limited) and spiritual (unlimited). But, Tantra teaches, this is only a limitation of the three-dimensional mind, and not the truth.

What is ‘conscious sexual union’?

We find an explanation to this question in a surprising place – an early Christian Gnostic text of The Gospel of Philip. The Gospel of Philip was written most likely between 150 to 250 CE and found in 1945 in Nag Hammadi, Egypt with nearly 50 other repressed early Christian writings.  Amazingly, it explains the concept of conscious union in a very similar way to that of the Tantrics of India except that it calls this the ‘Bridal Chamber’. It is in the Bridal Chamber where the feminine and masculine meet to honour each other and unite with the Spirit through sexual union.

A conscious union or the Bridal Chamber is not for the sake of our own gratification,

says Jean Yves Leloup – the translator of and the commentator on The Gospel of Philip, but an opportunity for a ‘revelation’ of the divine force existing between two people. This divine force is also known in the Celtic spiritual tradition, where it is called Anam cara – a third entity created by a profound connection. However, in The Gospel of Philip, this third entity or the divine force between two people is explored through a sexual union as it is in Tantra and not just by a platonic connection.

According to Leloup, this divine force between two people comes from Pleroma (the original Fullness) and not penia, which stands for lack. In other words, you choose to be with someone because you overflow with love and NOT because you need someone to complete you. And the connection between the two people happens by means of the lovers’ breath during love-making which is the Shekinah or Sophia, Divine Wisdom or Grace (also Shakti).

The Gospel of Philip also distinguishes between regular ‘birth’ (by physical means) and ‘conception’, which is the outcome of a meaningful ‘encounter’ between two people. Also interesting is that, just as in Tantra, The Gospel of Philip does not judge. One of its famous passages says, ‘A woman’s children resemble the man she loves. When it is her husband, they resemble her husband. When it is her lover, they resemble her lover.’

There is no moral judgment here but rather a focus on spiritual inclination and emotion. Another passage says, ‘The Truth is one and many so as to teach us the innumerable One of Love.’

In some beautiful passages, The Gospel of Philip says, ‘… human nature is desirous of procreation – which must be done in beauty and not in deformity; and this procreation is … the divine thing’ and ‘The mystery which unites two beings is great – without it the world would not exist.’

What can ‘beauty’ here mean as opposed to ‘deformity’ if not the cherishing of each other’s sensuality with a profound respect for each other’s beings or souls?

This does not mean that a relationship cannot be ‘lustful’ but it does mean that we have a profound sense of caring for one another as people and that this union helps us to discover the depths of our own connection, not only with one another but also with our own soul.

‘Deformity’ in the Bridal Chamber, I believe, stands for the treating of another as an object of self-centred desire. It is in de-forming or dis-respecting something potentially beautiful and sublime that we limit ourselves and the other person to being mere objects.

In Tantra, sexuality can become the conduit to reaching an expanded state of consciousness by activating our Kundalini Energy and moving it to the top Energy Centre (the top chakra). In Gnostic teachings, there are no chakras but Gnosticism also has its own anatomy of the soul, with Nous at the top. It is Nous that connects us to the Divine Silence.

called a ‘special companion’ of Jesus and it states there that he kissed her often making other disciples jealous, it is not unreasonable to assume, Leloup says, that Mary Magdalene and Jesus modelled this kind of relationship for us.

So what advice would I give to that not-so-young-now friend from Toronto today?

Don’t believe most things you hear about love and relationships – they are recycled stories that most likely will not help your evolution. (For some reason, no one tells us what we need to know most.)

Honour the great pull towards the other with love – it will help you to explore who you are at the deepest level.

Sexual desire fluctuates even in the best of relationships.

And most of all:

Whatever you choose, choose it consciously. And Delight in It – This is the Stuff that Universes are made of.

Is it easy to achieve?  Certainly not, especially if hormones are flying around.  But let me tell you – it certainly is worth trying.

8 Responses to Sex and Relationships: Tantra, The Gospel of Philip and What Is Going On