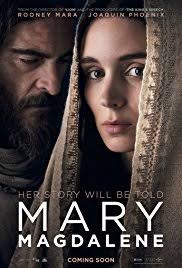 Just as Mary Magdalene is for me – and so many others – one of the most favourite of archetypical figures, she is also a starting point for my reflection on the anatomy of the soul. Before I proceed, I would like to add that my own reflections are heavily based on the knowledge of Jean-Yves Leloup, a French scholar, translator and commentator (and an ex-priest) of the Gospel of Mary Magdalene. As a brief reminder, I must also mention that the Gospel of Mary Magdalene was rediscovered in Egypt in 1896 by a British adventurer after it had been banned and considered ‘heretical’ from around the fourth century.

Most people, especially in the Western world, know the story of the Resurrection. The Gospel of Mary Magdalene, however, gives a different account and interpretation of this event. But let’s set the background scene with the mainstream, traditional account first. On the third day, Mary Magdalene and other women disciples (I do not like the distinction between ‘disciples’ and women ‘followers’,  which in itself is misleading at best; there is no reason why we need to adhere to that interpretation) visit the tomb.

They see that it is empty and all the women (I am simplifying the story here) run away in fear, although Mary Magdalene returns and sees a man in the garden whom she at first does not recognise. When she finally realises that it is her Teacher, she wants to reach out to him but he, rather brutally, says, ‘Don’t touch me!’ Traditionally, this was taken as a sign that she was not worthy. Except, of course, that interpretation does not make sense. We now know that Mary Magdalene was never a prostitute. Indeed, she was not considered to be a prostitute until the sixth century (see my piece for the Australian Broadcasting Corporation  http://www.abc.net.au/religion/articles/2015/04/02/4209839.htm)

Now why would the Teacher say this?

Interestingly, according to The Urantia Book Jesus was in a state of transmutation between the physical and the spiritual. He did not want Mary to interrupt the process by physically holding on to him. The Urantia Book uses the term ‘morontia’ to describe the space between the physical and the spiritual, while the Ancient Celts used the term ‘Elphame’ to designate, more or less, the same space between what is visible and what is the world of the spirit.

In the Gospel of Mary Magdalene the story is different, as Jesus appears to Mary in a vision, not in physical reality. In this vision he gives her his final teachings to convey to the rest of the disciples.

Leloup, in his commentary on the Gospel of Mary Magdalene, calls this space of the meeting between them the ‘imaginal’ – something which is real but not physical. When Mary Magdalene asks Jesus how it is that she can see him, he explains in rather technical terms that this is neither a hallucination nor the world of the spirit but rather a space in between.

And here comes the second part of this blog: What is the anatomy of the soul?

Leloup explains that the Gnostics have a complex understanding of the human soul. Roughly, they believe that the soul is made of three different parts: the psyche, nous and the pneuma. These parts are in a hierarchical relationship with each other.

The psyche is what we might call our psychic energies (including our tendencies, emotions, etc) that the Hindu Vedanta, for example, says we carry from life to life. I will share with you a very personal example which supports the possibility that our psyche carries energies. Recently I went for a hypnotherapy session to help me with a certain fear that I had been experiencing since I can remember. I had an idea of how this fear might have been created by a couple of events in my childhood, so the therapist took me back to the moment when I first experienced the fear … except that instead of finding myself in my early childhood in this lifetime, I had regressed to a childhood in a past life. I found myself as a little girl but in  a different historical period (not the one you would like to live in – to put it mildly).

If Vedanta and the belief in reincarnation are right then I had regressed to a past life which I did not remember under normal circumstances. This is an example of the psyche carrying certain feelings and energies from all our experiences on our journey(s) through life. Either way, it was some stored energy from whatever life.

Pneuma is what we might call the world of the Pure Spirit, or our complete and ultimate merging with the Source to which all returns. 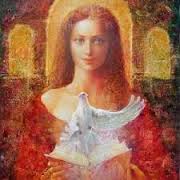 Nous (and this is where the Teacher told Mary Magdalene that he met with her after his ascension)  is that space between the physical and the Spirit.  It is also called the ‘tip of the soul’, the part which can connect with the Source and the Silence of God.

Many of the greatest philosophers of all traditions have looked into this and discussed it in similar terms.

In Islamic tradition, the great Avicenna, a Muslim physician and the most famous and influential of the philosopher-scientists of the medieval Islamic world, believed that our soul has an individual existence after death (roughly as nous). Another great philosopher, Averroes, believed that our soul loses its individuality after death and we merge with the Source (he sides then with the pneuma).

But perhaps they are both right. The end of all our journeys is probably complete immersion with the Source, a place where we do not crave or need our individuality anymore. In the meantime, we have the responsibility to clear our psyches (the energies we carry with us) so we can be lighter in every sense. And we also have nous, the great intermediary from which all our spiritual guidance comes, and through which we can commune with our Great Teachers and gain glimpses, however brief, of the Source to which we will all eventually return.

My favourite Irish philosopher, John Scotus Eriugena, argues that even Satan will be saved at the end in a great return to the Source. This is a Grand Journey for all of us and there is guidance and Gnosis all the way.

5 Responses to Mary Magdalene and the Anatomy of the Soul