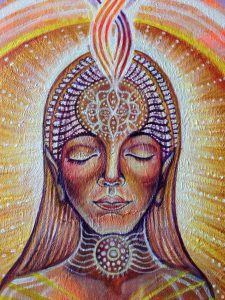 There has been lots of talk on the news about separateness recently, often related to religion.  So I would like to pose a question: Is it possible to be spiritual rather than religious?

Some years ago when I was teaching at an Australian university in Malaysia, I asked a Canadian colleague of mine if she was a religious person. At that stage of my life I was still struggling with the innate notion that there is a divine presence in our life, although not necessarily what I was brought up with – which in my case was Catholicism.

To my surprise, my colleague answered that she considered herself ‘spiritual’ but ‘not religious’.

Since then I have had plenty of time to think about my own experiences and studies that have helped me answer this question for myself.

What is the difference between being spiritual and being religious? 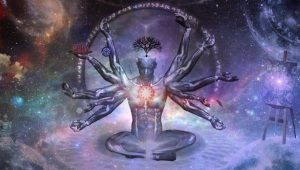 This is usually expansive and gives an experience (that word again) of breaking from our previous limitations, putting us in touch with the oneness of Creation. This comes from within, not from without, from the inner focus, not the outer focus.

William James, an American philosopher, calls this ‘the original religious experience’ or the first-hand experience of God.

If the spiritual teacher has enough impact, charisma and connection to the divine, or limitless, dimension (Shakti in Hindu terminology, Gnosis/Holy Wisdom in Gnostic terminology, Holy Spirit in Orthodox Christianity), they create followers who, in turn, after his or her death will try to preserve the feeling of the experience through a series of teachings.

When this particular set of ‘dos’ and ‘don’ts’ becomes a mainstream event it is called a religion. James called religion a ‘second-hand’ experience.

The followers obey the ‘dos’ and ‘don’ts’, and listen to the passed-over teachings but they do not have access to the original spiritual experience. They only listen to the stories of people in the past who have had the first-hand (or spiritual) experience.

Mainstreaming of the original experience into a set of rigid teachings and belief encourages us to focus on something outside of ourselves, usually some inspiring religious figure, such as Jesus, Buddha, Krishna, angels, saints, and so on.

In some ways (and allow me to be a little naughty here) the original spiritual experience is like listening to your favourite singer because of their depth and originality, while religion is listening to that same singer after they have got a deal with a major recording company and suddenly sound like some boy band!

In other words, spirituality refers to an original experience.

Religion is all the build-up after that.  All the ‘mixing’, all the rules, the customs, the rituals.

The million-dollar question: Is it possible to stay within the original spiritual  experience without falling into a new dogma/religion?

In my own experience and, as far as I know,  in the experience of many readers here, the spiritual often comes for us outside of the religion with which we have been brought up. It can come either through some forms of yoga, Buddhism or Gnostic teachings which ask us to stay within.

This is why I love mediation so much – it is one of the means of getting in touch with the original spiritual experience. One great Yogi once famously said: ‘God lives within you as you!’ 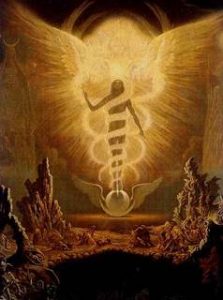 That is also why I like the Gnostics. They were persecuted in the early centuries of Christianity because they did not believe they needed an institution to tell them how to be one with God.  Gnosis, after all, is the secret knowledge of the inner Self, of our own divine potential.

The Gospel of Philip says, ‘Be like Christ, not a 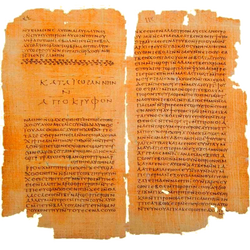 Christian’. This translates into, ‘Think, act like Christ (or any other great being). He wanted you to be like him, not to worship him.’

This, by the way, applies to all religions not only Christianity. For example, Buddha wanted us to meditate not to worship his stature or follow complex rituals, etc. 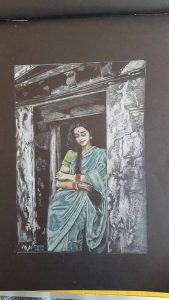 A drawing by my beautiful friend Dr Maya Ranganathan

Note here: some people can and do connect to their divine potential through worship.

In Hinduism they are called bakhtas/bakhtis – so in an essence: do whatever works for you as long as it creates connectivity for you and allows you to experience the divine (whatever or whoever it is for you).

Personally, I was very frustrated with my original religion 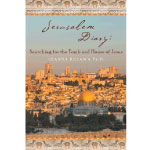 when I wrote ‘Jerusalem Diary: Searching for the Tomb and House of Jesus’.  I felt that I was being treated like a child and was not given any tools to deal with life-issues as they presented themselves to me.

I also felt that traditional religions were controlling us by fear (‘fear and obey’) rather than teaching us how to live a good life.

Yet, that does not mean that converting to another religion solves the problem as each religion has its dogmas.  I know, for example  Buddhist who converted to Christainity because she was ‘sick of all the rules’ in the Buddhist tradition in which she was brought up!

Though the great spiritual figures, such as Jesus, such as Buddha and endless sages gave us examples how to live well, religions (mainstreaming) more or less lost the essence of those lives and, instead,  created a bureaucracy around them.

Being spiritual and working on ourselves are closely interwoven

One way to stay ‘spiritual’ without falling into a religion is to constantly grow. Ken Wilber, a spiritual thinker, said that awakening by itself is not enough. Indeed, it can lead to fundamentalism or worse, if it is not accompanied by personal growth.

And, I would add, being a spiritual person includes facing our own (personalised) demons – and we all know how challenging that can be (and yes, I do sometimes have tantrums because of it!). 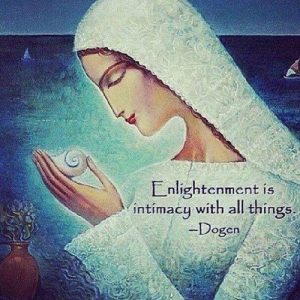 A person who Awakens but is still at a very basic level of personal growth (e.g. only me, my family, my tribe or my sexual orientation is loved by God) can cause more damage than good in the world.

Only a person, as Wilber says who has enough personal growth to acknowledge that are we all One, can be a trustworthy source of spirituality. He calls this ‘inter-spirituality’, as it embraces all and everything.

And, I believe, this must also include the Feminine Principle and all of Nature.

That is why, though traditional religions talk about peace and oneness, they often act through separateness. For example, my religion, my tribe, my faith – everyone else goes to hell. 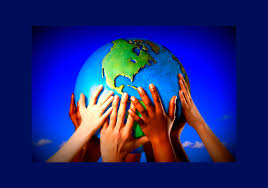 Spirituality, on the other hand, is in oneness and goes beyond ethnic, religious and racial differences.

These are only some thoughts and reflections, and I do not expect you to agree with all, or even any, of it. But, as usual, I would love to hear from you, even if you disagree. It is our dialogue, not a dogma. 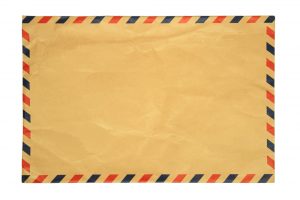 This could be anything and everything and anything from meditating to traditional prayer, writing affirmations, being with nature, mindfulness, dancing, journaling, martial arts, service to others (including the environment and any volunteer work in all areas). Whatever works! 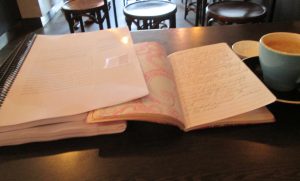 2. All of these methods have really helped me in my life.

Affirmations are good for people like me who either overthink things or have a tendency to focus on worst-case scenarios. I have had several instances in my life where simply writing down positive affirmations changed the given situation completely. (They are too personal to reveal but worked!)

15 Responses to Is it possible to be spiritual but not religious?