Inanna-Ishtar, Isis, Mary Magdalene – Recovering the Lineage of the Lost Goddess and Other Stolen Stories

Inanna-Ishtar, Isis, Mary Magdalene – Recovering the Lineage of the Lost Goddess and Other Stolen Stories. 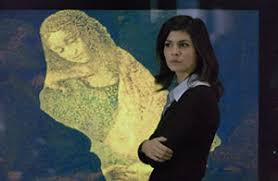 This blog is intended as a follow up to my earlier blog Isis, Mary Magdalene, Dark Madonnas as the archetypes of the ‘Other’ Goddess  http://www.joannakujawa.com/isis-mary-magdalene-dark-madonnas-as-the-archetypes-of-the-other-goddess/

In my research on Mary Magdalene I have found many unusual links to feminine divinities of the past. It is almost if Mary Magdalene, throughout the ages, has become a focal point for lost goddesses and their presence in our lives. Despite the tragic and untrue ‘confusion’ about her status as a ‘prostitute’, there is a link in this to ancient, sexual ceremonies of sacred marriage. The stories of the resurrection of the young king  in the presence of a Goddess  (which seemed so uniquely Magdalene) have been previously recounted ages ago in Ancient Sumer, Babylon and Egypt – with a Goddess as a resurrectrix. And they all seem to lead to the Sumerian Goddess Inanna, also known as Ishtar (in Assyria) and Isis (in Egypt).

These stories were perpetuated for centuries and eventually re-used in the Bible. By ‘re-used’ I mean  that  much older versions of the same story-lines were included  in the Bible  but without the female component which had featured in a prominent way in original versions.

The story of Inanna the Sumerian goddess is at least 4300 years old and is mostly known not only through archaeological discoveries but also in a far more sophisticated way – through the poetic hymns of Inanna’s High Priestess, Enheduanna, the daughter of King Sargon of Sumer. 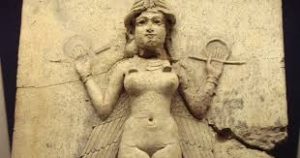 But who was the Goddess Inanna?

According to Sumerian stories, Inanna was the great granddaughter of the gods An and Ki (and there are interesting possibilities relating to extra-terrestrial beings here which I might discuss in future blogs if you are interested). She was a goddess connected to the Tree of Life and the resurrection stories, several hundreds of years before the Biblical Genesis was written. For comparison, Enheduanna’s hymns to Inanna were written at least 500 years before Abraham was born and the worship of this goddess can be dated back to at least 3500 BCE.

Betty De Shong Meador, the author of Inanna Lady of  Largest heart. Poems of the Sumerian High Priestess Enheduanna, found that both the imaginative Van Dijk and mainstream scholars such as Simo Parpola connect the origins of the Tree of Life to Inanna. In mythical tales and sculptures, Inanna is often portrayed with a ‘reed post’, which is interpreted as a symbol of ‘the ultimate point of orientation’ connecting ‘heaven and earth’. This image implies a very positive spiritual interpretation of the unification of the earthly and the spiritual through the Goddess and mentions no sin or punishment.

For the Sumerians, as a Goddess Inanna was a unifying force between all deities, a force which cancelled out the debate between monotheism and polytheism. She was All, both the ‘curse’ and the ‘blessing’ as the translator of Enheduanna’s Hymns to Inanna, Meador claims. And she is the ‘divine matter’ from which all Life has sprung, which also makes her the Divine Mother – and she was worshiped as such.

And being All, she was both light and darkness and quite capable of mischief. It was she who stole the ‘Me’ – the Sumerian tables of Law and civilisation from Enki, according to Joy F. Richard in Celebrate the Divine Feminine: Inanna. This story is very similar to the Biblical version of Jacob stealing the ‘blessing’ from his brother, except that, again, this version happened much earlier.

Other researchers, such as Richard (2013), say that Inanna was often depicted with lions at her feet to represent her power, which brings to mind the Hindu Goddess Durga. 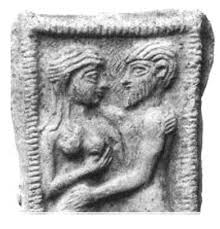 He shaped my loins with his fair hand … filled my lap with cream and milk,

He stroke my pubic hair,

He watered my womb,

He smoothed my black boat with milk,

A far cry from  Adam and Eve, shamed by their naked bodies!

These pleasures were not only Inanna’s. Her temple priestesses, Richard says,  participated in ‘sacred sexual acts to ensure the fertility of the crops’  when the priestess were engaged in a ritualistic love making with the chosen men.

The application of the title ‘sacred prostitute’ has been just another way of demeaning this ancient Goddess that preceded Biblical stories. In the fourth century Saint Augustine and other neurotic patriarchs called fertility rituals an ‘abomination’; these men misinterpreted what they did not understand. I tend to believe that other, much later, association of the Divine Feminine with prostitution, such as the myth of the Gnostic Sophia and, even later, Mary Magdalene as a supposed ‘prostitute’, were made from the remains of ancient fertility rituals associated with sacred marriage, or Hieros Gamos. So, ironically and not intentionally, those Christian patriarchs connected Mary Magdalene with the ancient goddesses.

There are other connections between Inanna and Mary Magdalene. The strongest of them is the notion of resurrection.

It is not known how old the notion of resurrection is but it is certainly older than Christianity itself.  Joseph Campbell in Goddesses: Mysteries of the Feminine Divine, says that he has often lectured on the old topic of the pre-Christian stories of resurrection in Jesuit seminaries – and no one has been surprised! They already knew the story, Campbell admits, but they believed that Jesus’ story was ‘more unique’. I am not sure what this means exactly, except that perhaps the same story has been repeated in the Cosmic Consciousness, with historical figures re-enacting  over and over again until we fully understand its meaning.

In Inanna’s story, she descends into the Underworld to attend the funeral of her sister’s husband – one of the rulers of the Underworld. But after Inanna reaches the Underworld, she is not allowed to return and dies. However, through the divine intervention of the God Enki, her grandfather, she is brought back to life but needs to find replacement for herself. She chooses her beloved Dumuzi, who, in her absence, has usurped her throne. Eventually, Dumuzi, too, is allowed to return to earth but only in the spring and summer; in autumn he must die again (Richard 2013). 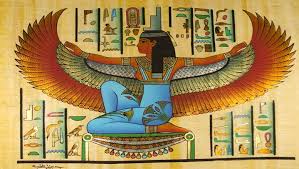 Another version of this story was re-enacted in Ancient Egypt, in the persons of Isis, Horus and Osiris. And in Ancient Greece, in the story of Persephone and Demeter (mother and daughter), complete with the same ending and partial resurrection. And again, most notably, in Christianity in the story of Jesus and Mary Magdalene, who both anoints Jesus and finds him resurrected. 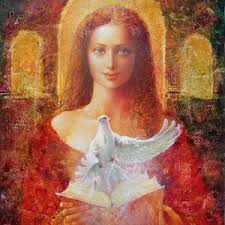 So why was Mary Magdalene’s role as the High Priestess and Bride diminished in the canonical Gospels?  Apart from being due to the general misogyny of the times, that is.

Independent Irish researcher Michael Hearns in his book, Mary Magdalene – The First Pope, has an interesting theory. Hearns argues that the position of Mary Magdalene as the High Priestess was encoded in the description of the events of Jesus’ Resurrection but that this knowledge was available only to those who knew how to interpret the events.

Hearns argues that even the canonical Gospel and the Gospel of John in particular, include this encoded message regarding Mary Magdalene. After Mary Magdalene tells the disciples that the body of Jesus is not in the tomb, Peter and (presumably) John run to the tomb.  They see nothing but Jesus’ clothing wrapped up in a bundle (John 20:6), so they leave. However, Mary stays behind and firstly sees two angels and then, as she ‘turns herself back’,  she sees Jesus but does not recognise him (John 20:11-14).

Hearns claims that this description is an encoded acknowledgement of Mary Magdalene as the High Priestess, as the setting of the story mimics the setting of the Holy Tabernacle in the Old Testament, where regular priests (such as Peter) can only enter the first room of the tabernacle. Only the High Priest can enter to the Holy of Holies, which houses the Ark of Covenant, with two angels ‘sitting on either side of the Lord’s seat’.

In the Gospel of John, it is only Mary Magdalene who sees the two angles and the Resurrected Jesus and thus she, in an encoded text and only for those in the know, represents the High Priestess – the only one allowed access to the Holy of Holies.

I love this interpretation as it aligns with the Gnostic claim that Peter only received basic teachings and it was Mary Magdalene who received the secret and esoteric teachings of Jesus. I also love that, despite the way Mary Magdalene was misrepresented as a prostitute by the old patriarchs, they unknowingly, yet again, connected her with the High Priestess of Sumer and all the other goddesses, who through the millennia have played an essential role in the story of resurrection.

This and many other stories combined  an uninterrupted succession of goddesses and high priestesses, from Inanna-Ishtar to Isis to Mary Magdalene, who have resurrected not only themselves throughout the millennia but who also make the story of resurrection alive for us.

Inanna thus not only appears to be the first Cosmic Goddess of great complexity and sophistication but also a source of a variety of interesting archetypes of the warrior goddess, the sensual goddess, and the mother goddess. In all of these archetypes she speaks to us about our power, potential and great complexity – a much more interesting possibility than the slightly unreal mother archetypes preserved for us in the Western religious traditions of our times.

I am also inviting you to watch the expanded video version of this blog https://www.youtube.com/watch?v=5YJgouMIvyA

Would love to hear Your comments 🙂

8 Responses to Inanna-Ishtar, Isis, Mary Magdalene – Recovering the Lineage of the Lost Goddess and Other Stolen Stories