Goddess, Shamanism, Witchery and Recovering the Connection with the Deeper Reality 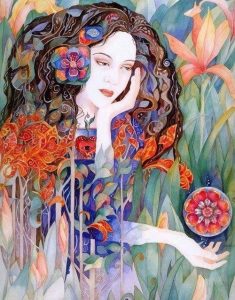 Goddess, Shamanism and Recovering the Connection with the Deeper Reality

When I look back at my life, the moments of empowerment and disempowerment both come to one and the same thing: feelings of Connectivity with something much bigger than myself and which is very sweet and potent – or dis-Connectivity from this Bigger Design.  Many modern philosophers (Adorno, Horkheimer) argue that this sense of alienation is a modern epidemic but I disagree. First of all, I believe this state has always been there. Secondly, it is not ‘real’ and is superimposed on us by our disconnected minds. Thirdly, there is a cure – regaining a sense of greater connection. This is what this blog is about.

The sense of alienation and disconnection for all of us, both women and men, comes from the rejection of one fundamental aspect of our reality, which J A Kent in her book The Goddess and the Shaman calls the ‘Elphame’.

Disempowerment and alienation come from a false sense of disconnection from that fundamental reality. The good news – and the sense of empowerment – comes from the fact that we can connect to this higher, deeper reality. We are actually already constantly connected to it – we are just not aware of it because of the constant noise of our debilitated minds and the busyness of our lives, during which we are focused on fear and survival (and I am guilty of this too). 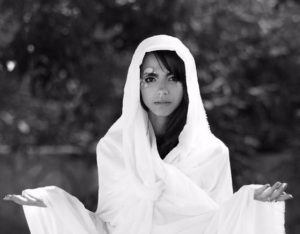 Let’s look closer at Elphame as described by Kent and as I have experienced it myself by studying the Hindu Goddess traditions. My own experience, through the initiation of an ancient goddess tradition of Shaktipat, opened me up for three months to the ‘underlying reality’ hidden beyond the regular perceptions of our lives. I can tell you with absolute certainty that this underlying reality is so much more beautiful and powerful – words can’t describe it.  And I can tell you that it DOES exist. Why we do not have access to it under normal circumstances, I have no idea. We could say that this cut-off is the ‘original fall’ of some sort or the doing of some mean-spirited archons, as the Gnostics would say. I do not know. But it is there and I know it experientially.

This underlying reality is what the Hindus call the ‘Shakti’, the Celts called the Elphame (or, more precisely, the bridge between two worlds), or even the ‘Queen of Elphame’, whom Kent says is also called ‘the shining one’ or the ‘hidden light of reality’. Sometimes even the priestesses of the Wiccan tradition (Celtic witches skilled in crossing these two realities) are also given this name.

Like the Hindu Shakti, Elphame is a ‘subtle but intelligent force’ (not some ignorant, matter-bound feminine, as described in patriarchal cultures such as organised religions and materialistic rationalism). The American Hopi, Kent says, describe this force as ‘The Grandmother Spider’, as she is both the Web and the Weaver, in a very organic way (e.g. She is creates the reality and she is the reality) or the Rainbow Serpent of the Australian Aboriginal traditions (rainbow as the bridge between living and Dreaming).

It is only our materialistic thinking that separates Nature from the Spirit as if though it was the most normal thing.  In fact, it is a hideous misconception as Nature is a part of the Spirit as the Goddess traditions teach us. That is why the Goddess is both the Web (of Life) and the Weaver (of Life). 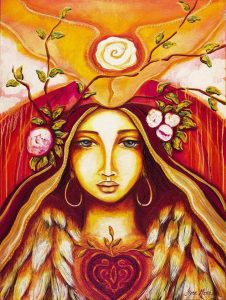 It is perhaps no coincidence that Nature spoke again in modern times in Rachel Carson’s book, Silent Spring, which has brought our attention to the damage we cause to the natural world by our faulty thinking about the Spirit.  Her book has also opened up the door to the modern movement of eco-spirituality which comes hand in hand with the ancient traditions of the Goddess.

Many Indigenous cultures, like the Celts, recognise that physical reality is in ‘constant flux’ and thus ‘ephemeral’. Similarly, the Hindu scriptures (Vedanta) say that our material reality is just a illusionary stage on which we play our parts. The Aztecs believed that the physical world was just a ‘painted world’ with a much deeper reality behind it.

The Goddess, the Elphame, the Bridge, the Grandmother Spider, Kent postulates, is the Cosmic Goddess or ‘the holy grail of theoretical physics searching for the unified field’. In other words, the Goddess connects everything with everything and she connects us with herself and with that deeper underlying reality – as she also weaves our physical world. She is nothing short of the actual Connection between the Spiritual and the Physical – because they are one and the same. They are only disconnected by our minds and through the efforts of misguided institutional religions and materialistically minded science.

So what does this mean for us? 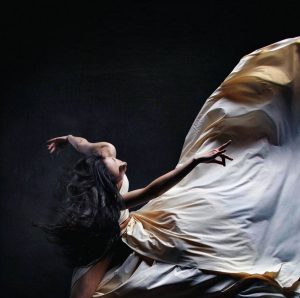 Once we acknowledge that there is this underlying reality we can connect with it/her. In ancient traditions this was precisely the role of the shamans, healers, holy women and men. They have the ability to cross the bridge between the ‘painted’ world of our physical reality and the deeper reality beyond it. They keep crossing this bridge to bring knowledge or healing back to us. We, too, have this dormant ability in us and we can connect with it through meditation, rituals and various other means. But first, we have to allow ourselves to make a different turn in our lives.

How do we make a different turn?

We have to willingly step away from the beaten track of our daily life, even if for a short time. And call upon a new thought, a new intuition. Sometimes even taking a new road on the way to work can do this if we intend it as a conscious effort to step away from the mechanical aspects of our life. Here I am, doing it differently today! I am open to new insights. I am open to new pathways for me that I did not plan for. Or even, here I am and I surrender the day to you.

And only from this space can we take action. After some insight. Not out of a strategising mind but from the depth of your Intuition, which is the Goddess herself.

Charlene Spretnak, in her book Relational Discoveries in Inter-relatedness, confirms that the old thinking, by which the world ‘works in a particular way and we are just bound to it’, is a complete nonsense. She says the ‘old depressing adage’ that ‘this is how the world works’ is not only misleading it is also a powerful way of stopping us from living fulfilled lives. Moreover, it stops our evolution and renders our lives meaningless. We hear this nonsense, believe it and give up on the endless possibilities that can open to us if we change our thinking and stop believing old, disempowering pseudo-truths.

The world works in many ways.

Starhawk, in her book Spiral Dance, says that so-called Witches (I prefer to call them Priestesses of the Elphame after Kent) know how to enter into the ‘flux of the Universe’ and know experientially  what modern physicists know theoretically that Energy is in a constant Dance of Creation and that it is possible to have access to it. They know not only how to access this Energy but also ‘how to move it’, use it and create along with it.

As with every powerful tradition (including Tantra) which involves entering seriously into the Power of Energy/Goddess, it is important to be responsible and follow certain purifying rituals so as to enter the Energy with pure intentions. This is also my experience with Tantra. Starhawk notes the same sense of responsibility is required with Witchery and she goes as far as to say that it is necessary to ‘foresee as far as possible the consequences of playing with the energies’ – because this can be a dangerous play. 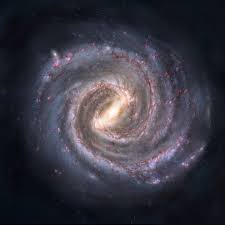 This is why I believe it is important to study the Goddess traditions because they are tuned in to the great manifesting power of this ‘underlying reality’.  It is now our turn to not only re-discover the tradition but also to use it for our evolution. To create fulfilled, meaningful lives. And even more importantly, to connect with this underlying reality of our beings because only then can we claim our lives fully. Without this we are merely someone else’s puppets in the ‘painted world’.

As always, I would love to hear from you and connect with you through your comments.

Sending You so much Love,

6 Responses to Goddess, Shamanism, Witchery and Recovering the Connection with the Deeper Reality